Återskapa våtmarken (Recreate the wetlands) is a campaign for Naturskyddsföreningen (the nature conservation association). The campaign aims to raise awareness and engagement for the preservation and recreation of wetlands by informing and encouraging both small and large scale engagement. The project is inpired by the media-discussion surrounding wetlands in the recent years. In this discussion wetlands stood out as an underrepresented area in proportion to its possitive climate potential which makes it an apt topic for a campaign. The visual expression of the campaign is inspired by the methods used to create wetlands. Which in short is to dig out the selected area and fill it with water. This process reminded me of paper collages which were then used as a method in creating the visual material for the campaign. In terms of content this campaign aims to be evident, informative and punchy while avoiding blaming or scaring the viewer and instead encourage action and engagement. The campaign consists of three posters, a website, social media material and a flyer. The campaign is made to meet with the viewer both physically in the public space and digitally. 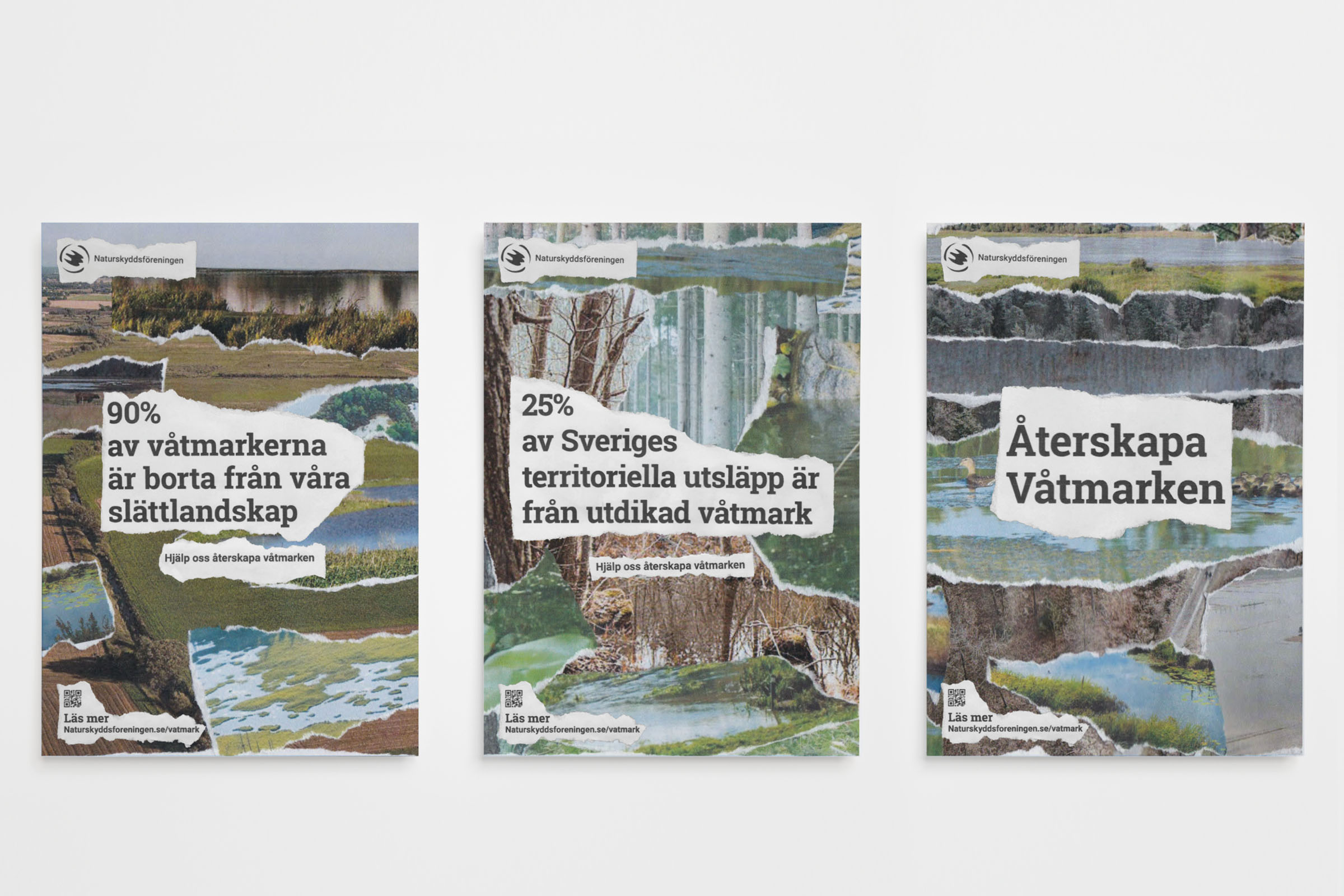 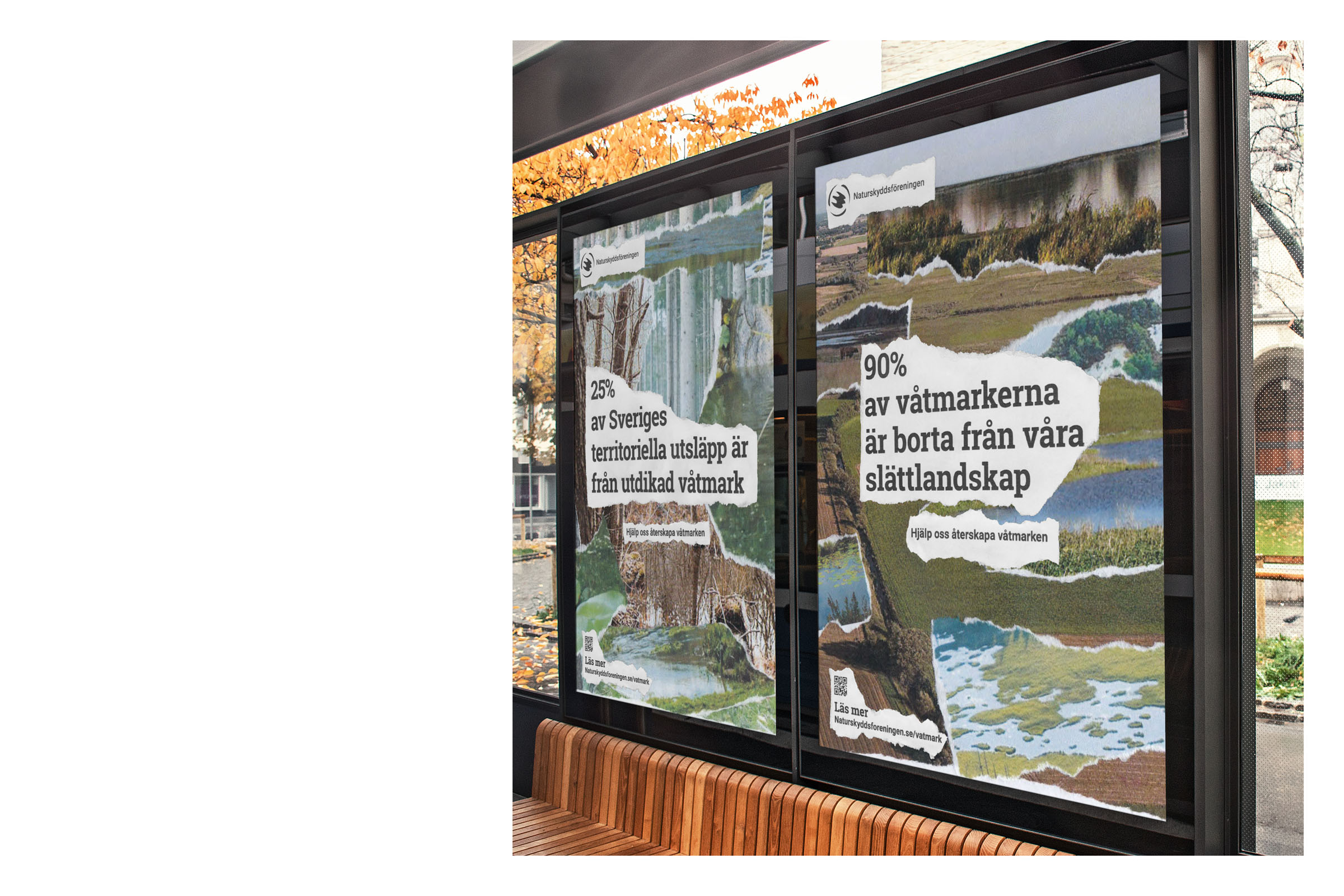 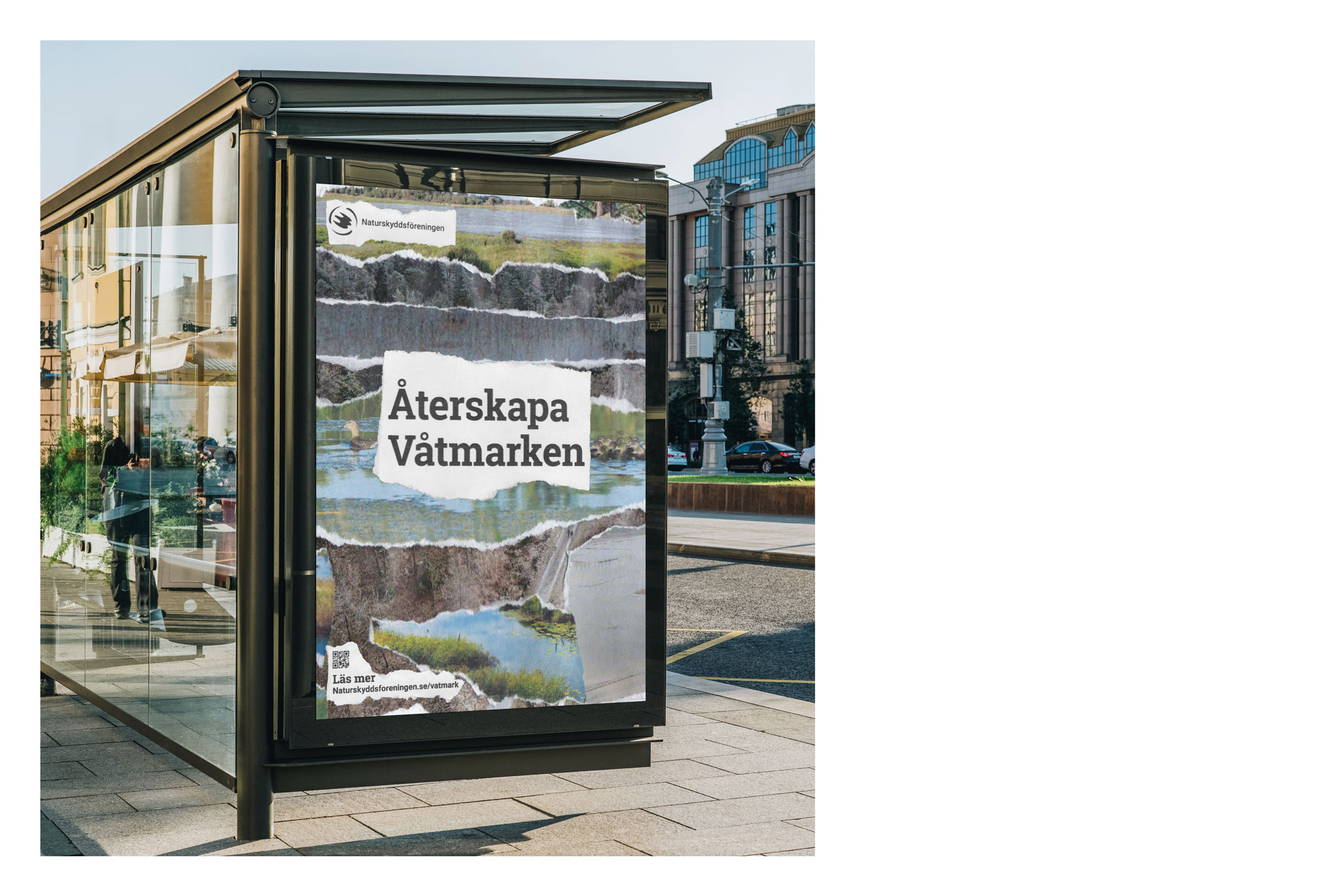 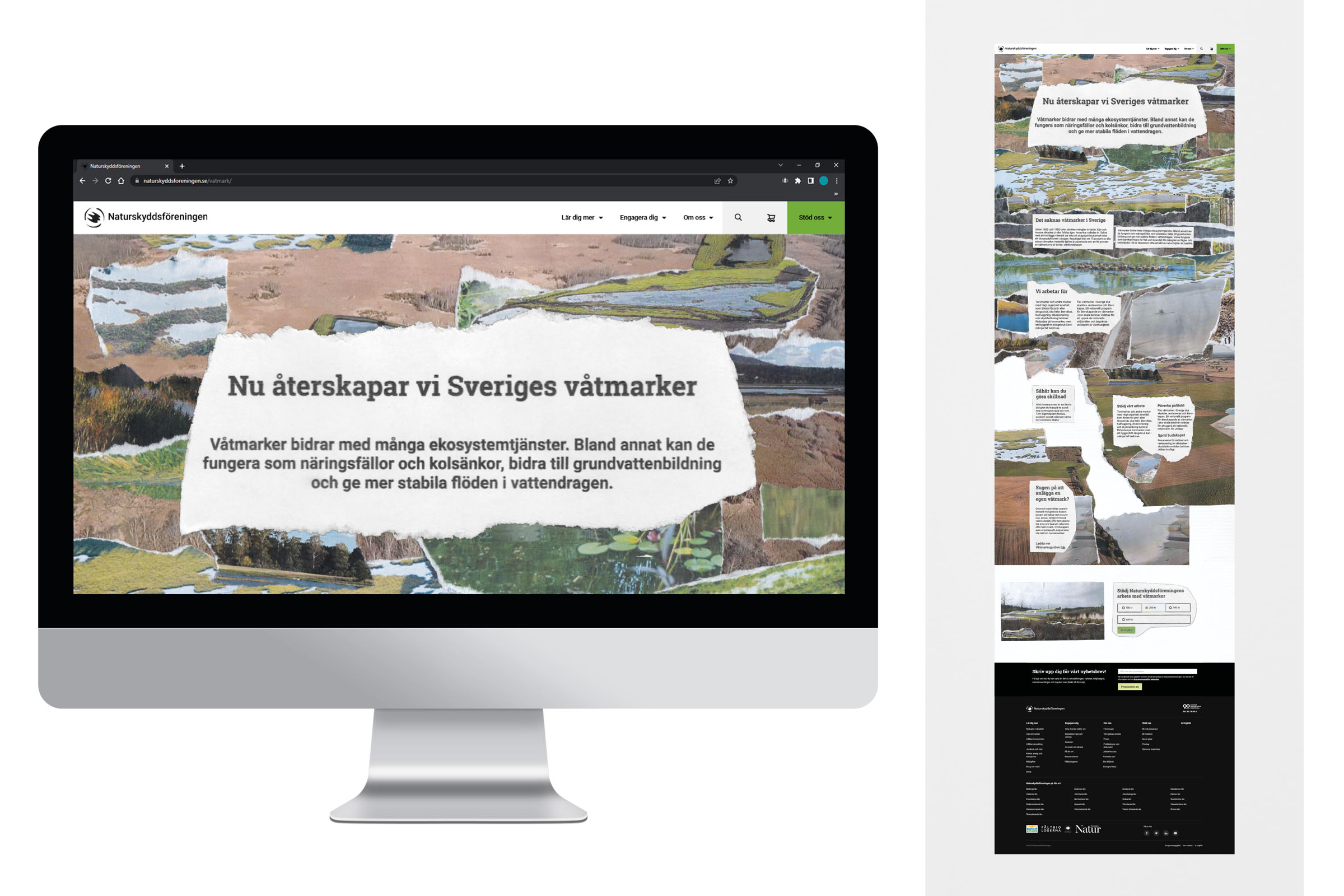 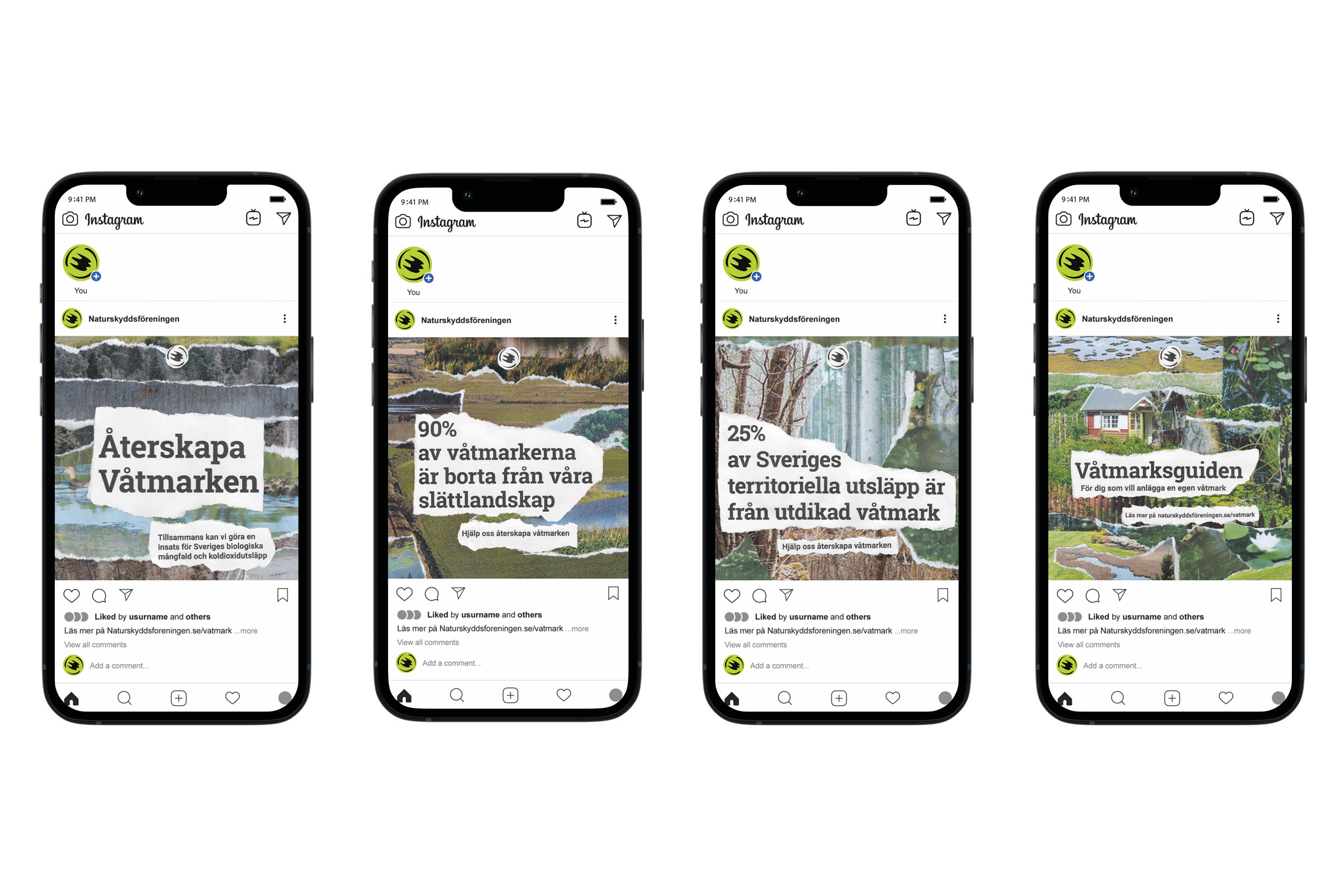